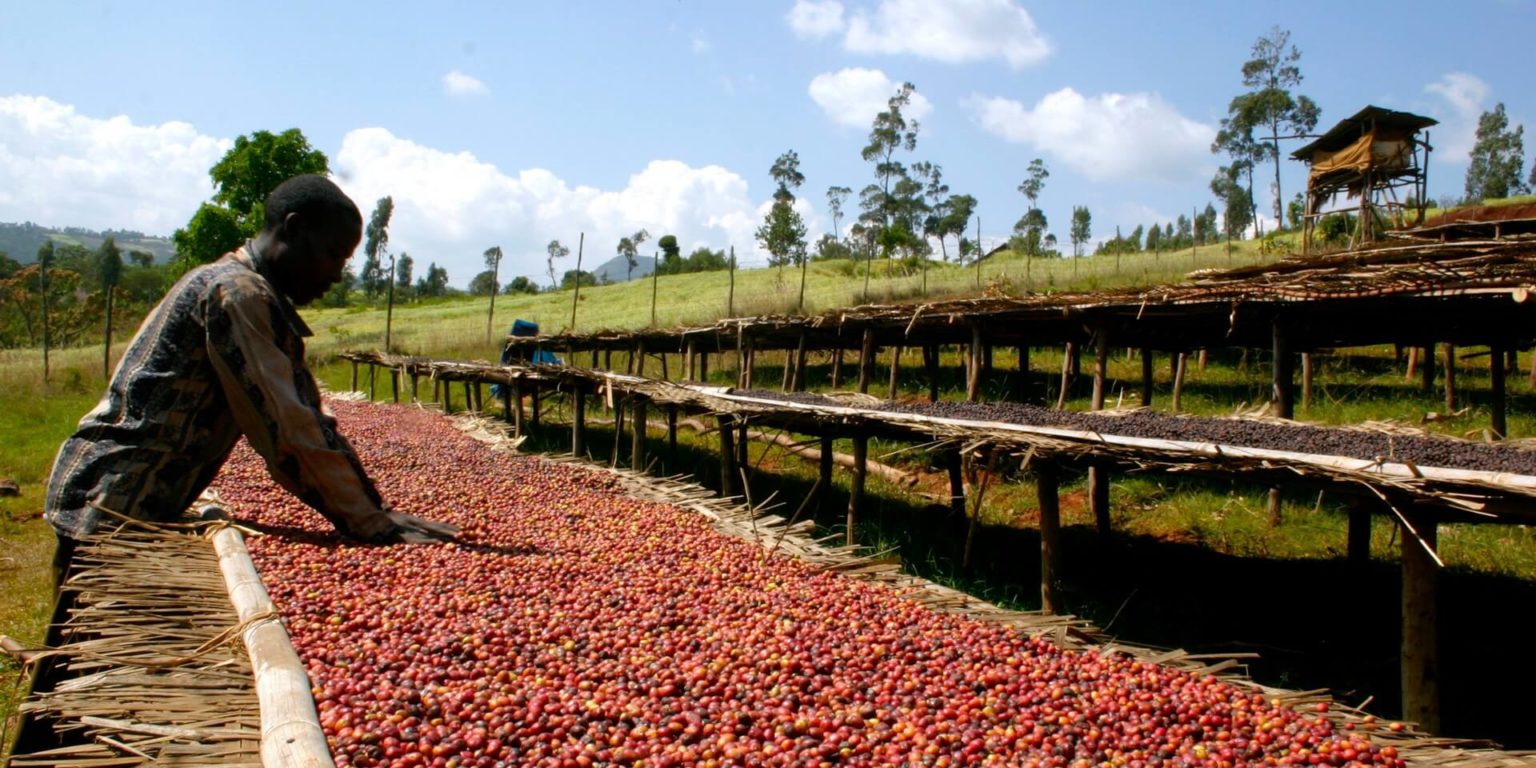 Ethiopia is Africa’s largest coffee grower and the world’s fifth largest. Ethiopian coffee is produced at an altitude of 1500-2200 meters above sea level and harvested between November and February, accounting for 3% of the global coffee market. On small plantations around the country, Arabica and native heritage varietals are most typically farmed. Ethiopia produces about 850 million pounds of coffee, but only about half of it is exported; the rest is consumed domestically.

Ethiopia is thought to be the birthplace of coffee, which is not widely known. According to folklore, a goat herder named Kaldi found coffee trees after his goats got very lively after eating some cherries. On our Journey of Coffee blog, you may read the entire narrative.

The consumption of coffee in Ethiopia is steeped in tradition. On long voyages, it’s possible that ground coffee was mixed with butter or animal fat rolled into little balls as an energy boost. Some historians claim that eating coffee beans was a Sudanese tradition carried to Ethiopia.

Coffee was eventually drunk as a beverage in Ethiopia and throughout the world. Others roasted, ground, and boiled the coffee, while some Ethiopian tribes crushed and fermented the cherries into a type of wine.

Boiling coffee is still a tradition in Ethiopia and much of the Mediterranean region.

Ethiopia’s government and economy have been quite unstable in recent decades. Coffee farming suffered a major setback in 2003 as a result of this volatility, and the price of coffee plummeted. The majority of coffee farmers had to leave their plantations since production costs were no longer supported by revenues.

The coffee industry was able to recover from this setback and is now Africa’s leading coffee grower.

Ethiopians have a significant cultural practice of beginning all major occasions with a coffee ceremony. The ceremony lasts two to three hours and can take place up to three times every day. It’s a family-friendly event, with children serving coffee as part of their participation. These coffee rituals are also a social occasion, with social connection playing an essential role in demonstrating respect and friendliness. Community, politics, and personal life are frequently addressed topics. Coffee beans are roasted in a pan, ground by hand, and brewed over an open fire in a clay piece. At these occasions, coffee will be served with a lot of sugar but no milk.

There are several distinct growing regions in Ethiopia, with the following being the most common:

The most well-known regions are Yirgacheffe, Harrar, and Sidama. Sidama produces lower-quality coffee, thus it’s usually the most affordable option in Ethiopia. Other beans, like Yirgacheffe, are more expensive, but they have a higher price-to-quality ratio.

Ethiopian coffee is usually marketed per area, however the cheapest and lowest grade varieties can occasionally be found in mixes.

Ethiopian coffees have a medium to heavy body, and depending on the processing method, they might have slightly distinct flavor profiles. The majority of Ethiopian coffees are unprocessed, yielding a deliciously fruity cup with a lively acidity and a dry finish. Some farmers, on the other hand, prefer a washed procedure, which brings out jasmine and lemongrass flavors with a lighter, drier tongue taste. Pour-over, cold brew, and drip are the finest brewing methods for Ethiopian coffee.